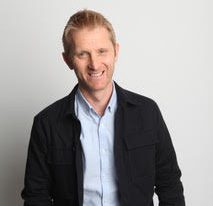 His hilarious adventure trilogy, The Turners, was nominated for an Aurealis Award and features on the Premiers’ Reading Challenge. His illustrated middle grade series, Squidge Dibley has been sold into six international territories to date. He has contributed stories and illustrations to many bestselling anthologies.

Mick has written and produced acclaimed children’s programmes for Nickelodeon, the Sesame Workshop, Channel TEN and the ABC. He has run storytelling workshops at hundreds of schools around Australia.

Mick lives in Sydney with his wife, two kids and a cavoodle named Gypsy.